Magazine covers are an art form stuck between dying and thriving. There’s still plenty of innovation happening, just as the magazines around them start to crumble at their foundations.

On that note, you can help settle the vote for ASME’s best covers of the year, here. Pick your favorites in the comments. Mine is a tie, between innovation and ice cream: 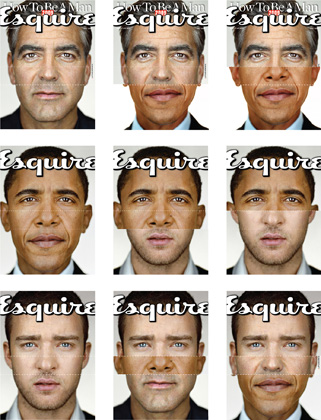 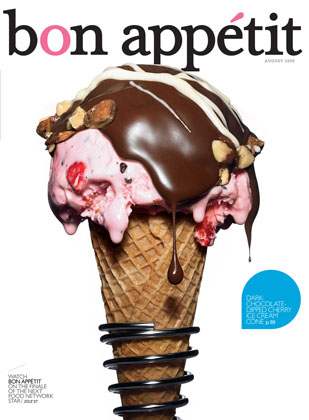 Bon Appetit’s photographers have their way with ice cream.

(Via A Photo Editor)

This is the most interesting picture from an otherwise fairly uninteresting Big Picture post of the President’s first 167 days. Why 167?

Why yes, iTunes, I was looking for Young Jeezy

The Millions found the phrases that are auto-completed when typing each letter of the alphabet into Amazon’s search box. “Pride and Prejudice and Zombies” beat out the original.

It inspired me to waste time by doing the same for iTunes, while wasting further time watching this video of John Hodgman finding flaws in Obama’s nerdiness (“Do you happen to remember, sir, what was the name of the god that Conan the Barbarian worshipped?”). I stuck to just the top artists, and came across a few things worth noting: Michael Jackson wins both his initials (but would he have a week ago?), you should start your band’s name with a D or an O, and Jackson, Queen, and U2 are the only artists that were playing music in the 80s.

But the design team has taken what was a perfectly serviceable albeit boring layout and created the equivalent of a trade magazine for news junkies. I can’t read any of it because a) I can’t figure out what’s an ad and what isn’t, and b) once I do figure it out, I am distracted by the fact that I am looking at one of those poorly conceived “Special Advertising Sections” designed to look like a column by Fareed Zakaria…except it actually is a Fareed Zakaria.

Maybe I’m way off on this. Maybe designing your content to look like ads will make advertisers more eager to pony up. But I don’t think so…

This seems like the one way for magazines to use video:

Anyone else seen magazines using video in cool ways?

Pushing political policy is little more than storytelling, and the Obama administration appears to be going beyond podium speeches and Sunday morning talk shows to tell its story. Here’s a slideshow from Whitehouse.gov on ‘The story of the economic recovery package.’ I have my quibbles – the pictures aren’t that great, and strangely grainy – but it’s a good and interesting effort. It’s propaganda (note how many Republican senators appear with Obama), but it’s the story from their side and it’s good that they’re telling it. This probably won’t convince anyone to support the bailout, or Obama, but it helps the administration develop a narrative at the very least.